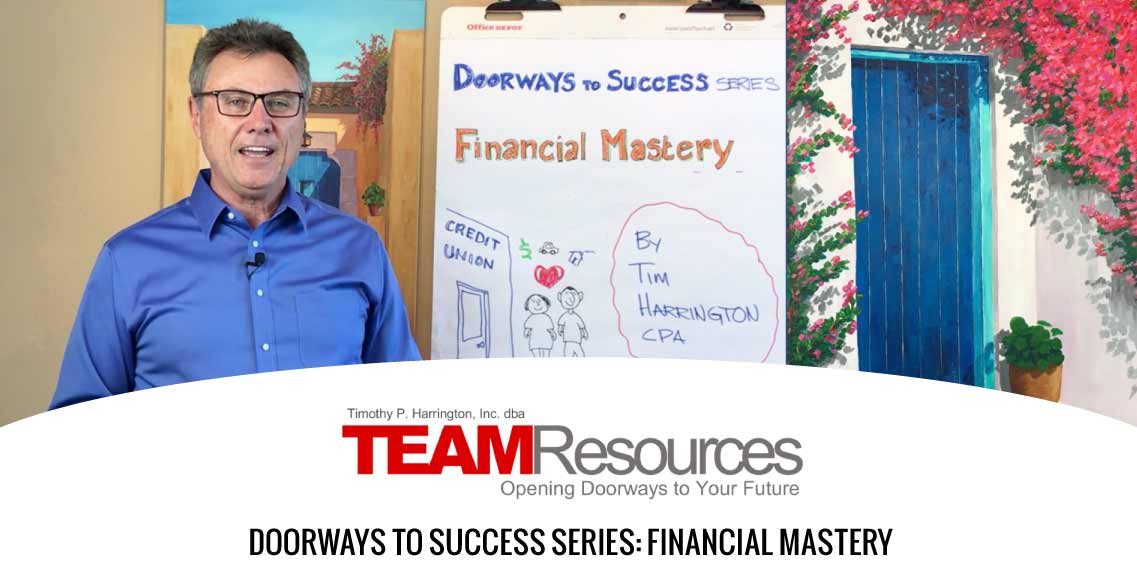 So, what do Bob Ross and Tim Harrington have in common? More than you’d think! They both paint and they both make difficult things seem much easier.

The Financial Mastery series is a new approach to learning credit union financials, which are a requirement for all credit union board members and a tremendous value for all those who rely on ratios and balance sheets to keep the credit union running. The TEAM Resources Doorways to Success Series: Financial Mastery is a series of five videos taught by Tim Harrington, CPA. Tim has an international reputation for his ability to communicate complex financial concepts into plain language and images. Train your entire board with one purchase.

This video series captures the true dynamic of a Tim Harrington class.

This is NOT a recorded PowerPoint with audio or a podcast with handouts. It’s definitely NOT a webinar. This series captures on video the real energy and style of Tim’s teaching. It’s fair to say that Tim is the “Bob Ross” of credit union financials!

Note on ordering: A PayPal account is not required. The product will be sent to the email address you provide to PayPal. (along with the receipt)

Hear Tim talk about the class:

How Much Capital is Enough?

Do you think you know your credit union financials as well as you should?

Take this quiz and find out.

#1. The three primary sources of financial risk faced by credit unions are: