Nobody disputes the fact that credit union CEOs have tough jobs. There are millions things to keep up with in a challenging environment; technologies, economics, regulations, leadership, staff issues and development … oh yea and “managing” a board of directors made up of volunteers who 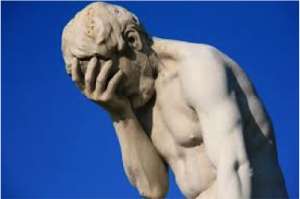 (generally) don’t have backgrounds in financials institutions. The not-for-profit, cooperative model with a volunteer board of directors is part of what makes credit unions so very awesome, right?

So, why do so many CEOs make their own jobs more difficult when it comes to the board?

“Just what am I getting at?” you ask. Well, I’ll tell you, and thanks for asking.

There are an awful lot of board members out there in the credit union movement who follow governance practices that were out of date two decades ago. I know this is the case because I‘ve been working with credit union board members for almost 12 years, and my boss, Tim Harrington, for longer than that.

Too often board members are focused strictly on last month’s or last year’s financials, or on how big the new branch will be, or what the MSR uniforms will be, or on approving CEO expenditures of $5k or above. All of this is with the best of intentions. But it’s not strategic; it’s not moving the credit union forward; it’s misplaced energy.

“What’s this have to do with the CEO?” you ask. I’ll tell you, and thanks for asking.

Too often the CEO is unintentionally the “gatekeeper” for the board at the credit union, where virtually all of the information going to the board gets vetted or handed off. This isn’t nefarious in nature, but a reminder that the directors are volunteers typically from outside of the financial services sector. They are looking to the CEO to help them manage their own information load. (Just think about how much information is available to us all these days.)

More CEOs should be encouraging their boards to study modern governance. They often don’t. They often won’t. It’s a shame. They are making their jobs much harder than it should be.

Sometimes CEOs want to keep their directors in the dark so the CEO can do what he/she wants.

Sometimes the perception is that it’s just too much work, effort and money, to get directors educated. And then, when they do, there’s turnover and more “newbies” to educate.

Sometimes, the perception is that educated board members ask too many questions and cause too many problems for the CEO. And why would the CEO want to encourage that? (He said, rhetorically and sarcastically.)

These CEOs have it all wrong. Smart directors with a firm understanding of modern governance best practices (a la John Carver or Richard Chait) make the CEO’s job easier, without a doubt.

Don’t believe me? Ask Sharon Moore, CEO of City Credit Union in Dallas, TX. She says she’s lucky because her board keeps up with training and appreciates her encouragement for them to do so. According to Ms. Moore, her job is much easier because the board focuses on strategy, not on operations. They are asking the right questions, and they get involved only at the right level. They are not all up in her business over details that are not their expertise (nor their proper concern). And … AND … they provide insight to the mission and vision of the organization, from the members’ point of view (remember that whole not for profit, cooperative thing?) because they have time to do it.

Ms. Moore says she doesn’t see enough CEOs encouraging governance training for their boards, but knows if they did, the directors would pay attention, and the CEO’s job would get a lot easier as a result.

This didn’t happen overnight for the directors. It was a process. It still is a process. But it’s one that yields tangible results for the CEO, for the credit union, and for the members. Sharon Moore was the catalyst for her directors getting more training, for their getting a better understanding of good governance.

Nobody needs to make their job harder for themselves. There are too many outside forces doing that for us.

The Role of the Board Chair
Scroll to top