All sessions are fabulous on in-person or virtual platforms.

Learn more on general courses below.

The Seeds of Opportunity: Reinventing Your Business Model during and after the Pandemic

From February to May 2020, credit unions experienced THREE years of digital change in FOUR months. The pandemic forced us all to learn to serve digitally and remotely much better, much faster. And now… the world no longer compares you to the bank down the street, they compare you to Google and Apple. “Can I open my account, get my loan or make a deposit as easy as I can do stuff on Google? And when I have a problem, can someone help me like Amazon? That’s what the market wants…no matter your size. But as Tim reminds his listeners and clients, “In the center of every Catastrophe lie the Seeds of Opportunity.” This talk will share with you strategies, tactics and products that can keep you in the Game and relevant in the minds of Digitals, Millennials and the now more demanding Gen X and Boomers.

Governing at the Speed of Digital: Board Governance after the Pandemic Is NOT Business as NormalToggle Title

Board members keep saying, “I can’t wait until it gets back to normal”. Well, we may never see the old normal again. We have reached a ‘tipping-point’ and have crossed into a new era of board governance. As one board chair said, “Management has to respond very fast to changing market conditions. We need to learn to Govern much faster or we will just slow the credit union down”. What a critical piece of wisdom from that Chair. Boards need to learn to move fast, yet at the same time, maintain oversight of the credit union so that they don’t cede the board’s governance job to management. This talk will cover how governance has made a huge jump forward in the last 12 months, how the board must know what’s going on within the credit union, how the board can focus on the key gauges and be ready to make fast, well informed decisions. Welcome to Governing at the Speed of Digital

Credit unions are not out of the woods yet. As one wise CU CEO said, “This is the calm before the storm. 2021 is going to be a tough year.” Boards need to keep an eye on all the Key Gauges that tell them if the credit union is doing well, holding its own, or slipping. This session will help boards understand what those key gauges are, how to understand them, and how to work with management if the situation takes a bad turn. There’s a saying, “The bend in the road isn’t the end of the road…unless you fail to make the curve.” This course will help you navigate that curve.

Lead Like Ike: What We Can Learn From the Golden Age of American Leadership (Eisenhower Leadership Talks version 1)

There are many different styles of leadership modeled in the world. From the Powerful ‘boss’ who uses force to lead, to the inspiring leader people willingly work for. Eisenhower was the latter, an inspiring leader in a humble, yet effective way. As a general, he was not the best tactician. As a speaker, he was not the most dynamic personality. Yet this simple man from Kansas helped lead a nation, with only tiny army and reeling from defeat, to victory over the world’s most powerful militaries. Ike rose from Lieutenant Colonel to Five Star General in just 3½ years. How did he do this? By LEARNING to be an inspiring LEADER. His subtle and effective leadership methods are easy to learn, easy to emulate and as effective in the business world today as they were in the War Rooms of World War ll. From this amazing man, you can learn practical lessons of Inspired Leadership and Learn to Lead Like Ike!
Read Tim’s book, “Eisenhower on Enlightened Leadership”

What a duo, right? Two men from decades apart who had to learn how to lead, and who have proven high integrity leadership is learnable. Ike Eisenhower was known as Mr. Boring and LeBron as Mr. Basketball. Both men came from humble beginnings, built on their key strengths, and learned to lead an organization to great success. In this inspiring session, Tim shows you how anyone can learn to lead effectively, whether in the War Room, the Locker Room, the Board Room or the Lunch Room. These are real-world leadership strategies anyone can use to achieve extraordinary results. Note: This version is aimed at a younger demographic who may not relate to Ike alone, but will connect to a millennial like LeBron.

Mattering to Millennials by Defining Your Purpose

We have entered “the era of the purpose-based company”. Deloitte Consulting says “Purpose, the meaningful impact beyond financial performance, is becoming the new normal…a business imperative.” 89% of Millennials say that Purpose matters where they work and where they shop. McCleod consulting says “that the salespeople who sell with noble purpose, who truly want to improve their customer’s lives, consistently outsell salespeople who are focused on sales targets and quotas.” Purpose is no longer that ‘squishy’ topic that comes up every now and then. It is a KEY differentiator in the Millennial marketplace. What is your credit union’s Purpose? Ignore it and all that sets you apart is price or convenience…and that’s a tough battle to win in this highly competitive world. Uncover it and you attract motivated, passionate Directors, employees and new members who share your purpose. Know your Purpose: Build Your Difference!

Doorways to Your Credit Union’s Success 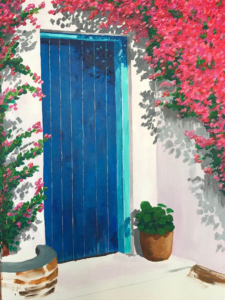 In this inspirational talk, Tim uses doorways as a metaphor. Doorways that attract you. Doorways that Block you. Doorways that confound you and doorways that repel you. The question is, what are the doorways your credit union needs to find and open? The coming years will be a challenge for many credit unions. Market, technology and regulatory changes will force many credit unions to re-evaluate their place in the marketplace. Each of these challenges is also a key opportunity…a doorway. Tim, using his own art as images, will help you see ways to change thinking, overcome internal roadblocks and identify systematic obstacles that are holding back your credit union and help you see beyond the cloud of limitations you perceive in front of you.