Strategic Planning and the Worst Metaphors I can Come Up With: Hunting Baby Elephants and Killing Sacred Cows

I recently had the pleasure of spending several days with a credit union working with their board on strategic governance, then with the board and senior team together on strategic planning. This work is really fulfilling, and rewarding. Hopefully the credit unions get half as much out of it as I do. Part of the fun of doing this really difficult work is establishing rapport between myself and the group I’m with, and helping them increase the level of rapport and critical dynamic among the participants in the session.

Inevitably throughout the day we end up creating inside jokes, a shorthand of references that only we understand. In this particular session, I found myself unnerved at one point because in the same sentence we were talking about killing baby elephants and hunting down sacred cows. Such violent language and imagery! How did we end up here?! These are not my favorite kinds of inside jokes. Alas, here we were … and I’m trying to salvage the value of these metaphors for the benefit they are supposed to bring.

The phrase “an elephant in the room” is pretty trite and commonplace these days, meant to conjure up big problematic issues that are in the culture of a group, but issues that the group is not addressing for one reason or another. As an English major and a fan of Hemingway, I remember in my youth reading “Hills Like White Elephants” and learning how to unravel the various ways that this imagery played out on so many levels in the very sparse sentences of the short story. 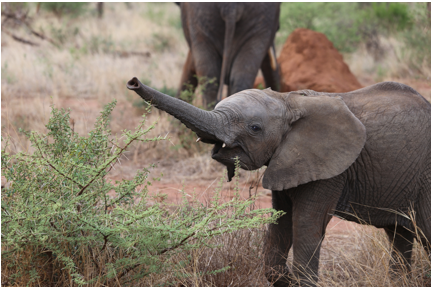 What we were getting at with the board in our session was about creating a governance culture that makes things transparent and clear so that the board can avoid ending up with any elephants in the room, to avoid needing to unravel things at various levels. Written governance policies have the effect of aligning the board and setting clear expectation by virtue of the group’s consensus about the policy. There is less that is only implied. And it takes the personal aspect out of the equation when someone is not acting accordingly. It’s less confrontational, and not about one person “calling out” another, which can feel more personal. This is killing baby elephants. Small issues get resolved before they become large problems that no one wants to confront.

For example – the board agrees, and writes down as policy, that the board will speak with one voice, that individual directors have no influence over the CEO (or staff), that results of motions carried by vote in the boardroom will be supported by the full force of the board. Then, if Ralph, as a dissenting voter on a motion that carries, continues to email and have conversations with the CEO because he disagrees with the vote, the chair (or any other director) can talk to Ralph to address the behavior. It’s not a personal attack, it’s a reference to an agreed upon policy. But this only works when the policies are written, clear and agreed upon.

Beyond, this when the governance policies are written and clear, when a new member joins the board, the newbie will have a clear, and written indication of the culture of the organization. Preventing elephants from even being born. (Oy! This imagery is just appalling! But I hope my meaning is clear.) 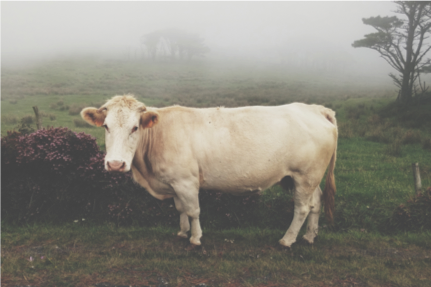 As someone who enjoys a good burger, I’m less horrified by the imagery here. Nonetheless, the imagery is still pretty harsh. Sacred cows are those things that you can’t question, or eliminate. Most credit unions I know are full of them. They are often products of “that’s how we’ve always done it” mentality. Sometimes they are products that just enough vocal members really like, so they remain, despite being costly to the credit union. It’s easier to keep them around and not tick anyone off, or spend any time/resources confronting the issues. They can seem small and not really in the way, not worthy of attention, but the longer they linger, the more problem they can become, and the harder they are to get rid of. The next thing you know, you have 10 or more of these things wandering around your organization, truly getting in the way of profitability.

Hunting sacred cows is more difficult than it sounds. This is really about resistance to change and the culture of the organization. This culture may have evolved this way over the course of decades which makes it all the more challenging to confront and change. But it is truly important the credit unions learn how to take this one, to create a culture of trust, and accountability, where people can challenge the status quo in the best interests of the members and the organization. Start by being willing to simply talk about these issues. Be open to hearing all possibilities without shutting down what is difficult. The board and the CEO can demonstrate this and model the behavior, and encourage others to follow suit.

Learning how to hunt sacred cows is learning how to adapt, and how to thrive in any environment. Credit union people are passionate about what they do for their members. We can learn how to do this.

Now … the only thing left to kill are these metaphors!

Email Us
Let Them Surprise You with the Results

Are You Holding Executive Sessions … Regularly?
Scroll to top