The Good, the Mediocre, & the Stopped

by Tim Harrington and Kevin Smith (originally published as an article in CUToday.info.)

There’s a common belief in credit union land that you have to be over $500 million in assets to survive, some even say $1 billion. We say, “That’s a bunch of hooey!” Small credit unions can survive. But to do so, you must specialize. When your entire credit union is the size of a big bank’s individual branches, you can’t take them head on. So what do you do? Specialize and Thrive!

To do this, small credit unions must place greater importance on their strategic planning efforts. It would be a tremendous benefit to them and to the credit union movement. There are 4234 credit unions in the U.S. under $100 million in assets. That’s out of 5785 total credit unions (as of this posting) or 73% of all credit unions. That’s a lot. (“No kidding,” you say).

In our travels it seems that many of these small credit unions avoid the strategic planning process for one reason or another. For some it’s about money, not being able to afford a facilitator, or not being able to afford the time to stop the business of the credit union long enough to do this. For others it’s the perception that they’re not big enough to require a planning process, that they operate at such a small scale where operational tactics are enough to keep them moving. Still others have too narrow a notion of what strategic planning is and believe they are doing it, but are in fact shooting to low.

Now … we’re painting with pretty broad strokes here, and covering a lot of territory. Before you get defensive, we’d like to acknowledge that there many small credit unions out there, thriving and executing well thought-out planning processes, and growing. But this is not the “rule of thumb” or the norm that we’ve observed. 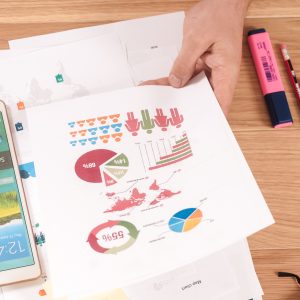 In the strategic planning process, small credit unions should set their sights on specialization and follow the GREAT/MEDIOCRE/STOP plan.

The plight of the small credit union is the ever-present budget worry. They simply cannot keep up with what bigger banks, credit unions and other financial institutions are doing, nor should they try. The path is through specialization, finding a niche that is profitable, has growth potential, and is a good fit for their field of membership. It’s hard enough for BofA and Navy Federal to try to be all things to all potential members, impossible for the small CU.

Part of specialization is the Great/Mediocre/Stop plan.

Following this approach can put small credit unions on a path to growth and success. But part of the strategic planning process should also be thinking about and preparing to merge if needed. We are not advocating mergers, but rather encouraging careful thought about the idea, in the interest of members and in understanding all scenarios.

Email Us
The Connection Between Board Diversity & the CEO

You’ve Got the Right to Fight: Healthy dissent in the boardroom leads to better...
Scroll to top