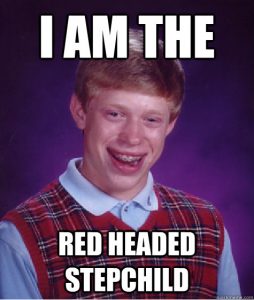 There’s no lack of training opportunities for credit union volunteers, from the exotic to the pragmatic. But if you look carefully at the training, you’ll see that it’s generally not as inclusive as the word “volunteer” is supposed to imply. (Volunteer = directors, ALCO members, credit committee members, supervisory committees, etc.) Those training options are almost always designed for board members/directors. And don’t get me wrong; I don’t begrudge them the opportunities, even in the nice locations, so long as there’s good training on hand, not just sightseeing.

We certainly don’t forget the fact that they’re volunteers and a training budget is the basic perk of the position. Oh, there might be a lone, token breakout session for the supervisory committee people at these events. But for the most part, the programs are promoted to be valuable to ALL volunteers, when in fact directors and supervisory commit
tees have VERY different roles. Governance and strategic planning training for directors isn’t valuable to supervisory committee members, unless you’re just using the committee as the “on deck” circle to a board seat. (That’s a whole different tangent for another day.)

Okay. Full disclosure. I just joined the supervisory committee of a credit union. I’ve only been to a couple of meetings, but my attitude and perspective have already changed. For the last 12 years, a big chunk of my job has been developing training for credit union volunteers…including supervisory committee members. But we all know that wrangling subject matter experts, speakers, conference rooms, online training software, LCDs, webinars, etc. is balanced by keeping the audience’s needs in mind. It can be quite a juggling act. My perspective has changed. I see it through new eyes.

Yes. I know there are a couple of conferences each year that are specific to the supervisory committee role. And there are a handful of valuable training options. The major CPA firms that work with credit unions used to offer a lot more options for this audience. But those seem to be drying up. (I’m sure that’s a cost that doesn’t seem to be worthwhile anymore as everyone does more with less.) The fact remains, that there are literally thousands of committee members in the movement (3-5 per committee usually). And the bulk of the attention goes to the directors. (Why wouldn’t it? They’re the ones who can hire and fire a CEO.)

The role of supervisory committees is a very important one and we should not underestimate their service as volunteers in the movement. While the duties of the committee are not vast or complicated, that may be about to change. An industry colleague reported back to me from an event, that these basic duties are under review for being too simple for the modern credit union. It is likely, in the next year, these will be revised … making the under-recognized job of the supervisory committee more complicated, and more important. So how about we give credit where credit is due?

Board Leadership: Preparing the Chair
Scroll to top