(Incumbent, Schmincubment! Show me your worth!)

“Sadly, boards are more likely to replace a CEO than oust one of its troublesome board members.” Beverly Behan, Public Companies Board Consultant

Let’s let that quote sink in for a minute. With too much frequency incumbent board members are up for re-election in (often) uncontested elections, despite the fact that the board member may be lacking in skills, harboring a grudge that is toxic to the boardroom, or he/she has for whatever reason become the Achilles heel of the board and the organization. 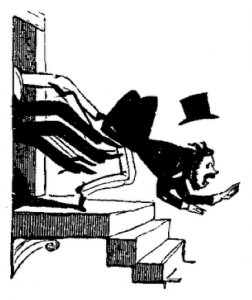 Often it’s out of simply conflict avoidance. But “politeness” is not a good reason to undermine the effectiveness of an organization. Remember – directors have duties of care, loyalty and obedience for the best interests of the credit union. This sometimes requires difficult conversations and confronting issues head on.

But that doesn’t mean it’s easy.

Consider two areas when the re-nomination discussion comes up:

Let’s take the emotion out of this discussion. And let’s objectively evaluate the incumbent to see if he/she really deserves to remain on the board. It’s about value to the organization, not whether you like the person, or whether it’s easy to confront a troublemaker.

Knowledge and the Effort to Obtain Knowledge

Has this director taken seriously the need to understand the credit union’s financials, the changes in the industry, the best practices for governance and strategy? Directors who are not keeping up are a liability to the organization. Simply making an effort to keep up will show.

Does this director come to meetings prepared? Exhibit appropriate behavior? Contribute to the conversation (in a beneficial way)? Does he or she avoid personal agendas? Keep the best interest of the credit union in mind?

If your response is that it’s difficult to find people to run for the board … then we need to have another talk. That’s a different issue, for a different day. But it’s not a good excuse.

Here’s our full checklist for re-nomination. Give it a try. Re-Nomination of Director Checklist PDF

Ready to argue this? I’d love to hear from you. Add your comment(s).

Email Us
Assessing Toward a Better Board (or What’s Behind That Word?)